Fonds BOG (MIN) - Board of Governors (Minutes and By-Laws) 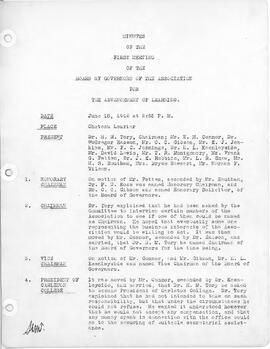 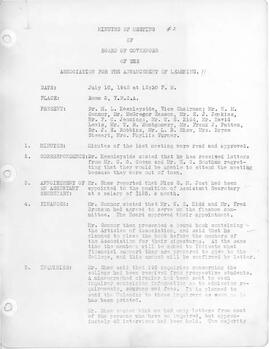 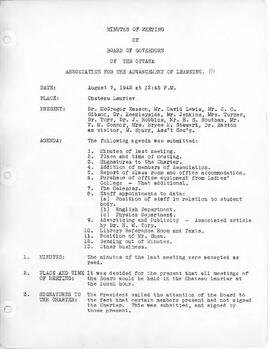 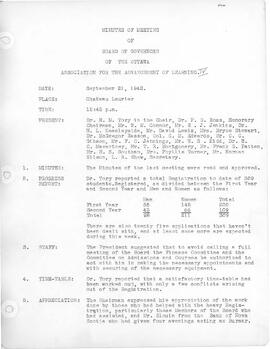 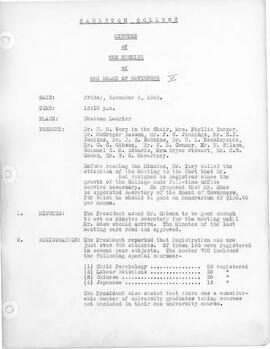 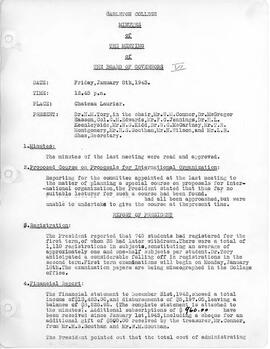 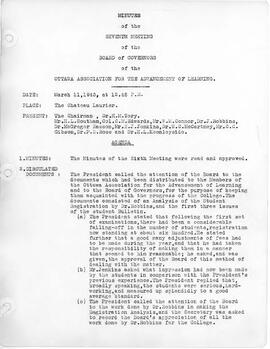 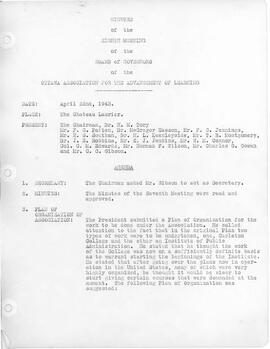 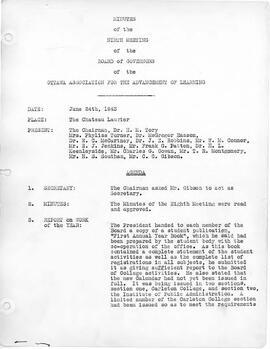 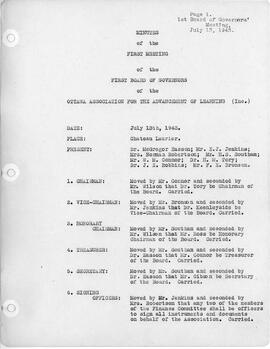 Title and statement of responsibility area

Board of Governors (Minutes and By-Laws)

Other title information of publisher's series

Board of Governors (Minutes and By-Laws)

The Board of Governors was established on June 18, 1942 when the Ottawa Association for the Advancement of Learning met and elected 21 Governors. The Board became the sole organization of the newly formed Carleton College and its decisions were binding upon ratification by the Association. It was given responsibility for the governance, conduct, and management of the College. The Board itself became self-perpetuating and was relieved of the duty of having its actions ratified by the Association when the Ontario Legislature passed the "Carleton College Act" in 1952.

The school's Charter created a bicameral system where legal authority of the College was shared between the Board of Governors and a Senate. The Board retained financial control, making it the senior administrative body. The 1952 Act gave the Board the statutory obligation to conduct, manage, and control the work, affairs, and business of the College, its property and revenues. To achieve these objectives the Board was given the ability to make bylaws and the power to make personnel appointments including Chancellor, President, and faculty deans. The Board also holds residual power over any duties not specifically assigned to the President or Senate. In 1968, the University Act was amended. Bowing to the new student government and pressure for reform, the structure of the Board changed to consist of the Chancellor and President as ex-officio members and 30 elected members. The new Act also provided for the establishment of the Executive Committee and a variety of standing committees. In 1976, a further revision of the Act created the existing standing committees of Audit, Finance, Personnel, and University Relations. By virtue of Bylaw 12 (D) the Board can also appoint other, functional, committees as it deems fit. This also occurred in 1976, with the creation of the Nominating and Building Program Committees. An Ad Hoc Committee established in 1983 examined the procedures and organization of the committee structure and the Board's relationship with the President. The Board was restructured with 32 members composed of faculty, staff, students, alumni, and lay members of the community, elected, or nominated by their peers as Governors for terms of varying lengths. Since 1983, the Board of Governors has been responsible for personnel matters about individuals, negotiations with labour, government, and private contractors, and financial campaign plans and strategy. In 1997 the Working Group on Administrative Renewal Report led to changes in the administrative structure of the Board office. The current Chair of the Board of Governors is Nik Nanos.

Consists of the digitized and open minutes and by-laws of the Board of Governors of Carleton University.

Availability of other formats

Dates of creation, revision and deletion